Watching the Boston Marathon today, I got a little nostalgic. I started thinking about all 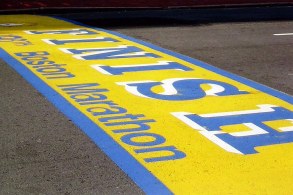 the things I miss about the B. I lived there for 9 wonderful years — meeting some amazing people along the way while building my sports career and eating dozens of cannoli. So, since it’s the 16th day of the month, I decided to compile a list of the 16 things I miss most about the City on a Hill:

16. The Boston Marathon & Patriots Day …  The Red Sox play early. Everyone calls in sick for work. And everybody’s outdoors enjoying the potentially spring-like weather. It’s one giant party for the entire city. I have fond memories of standing along the route with my best friend from New York, randomly yelling out “Go Paul, Go Adam!” while runners jogged by. I didn’t know any Pauls or Adams’ in the race but I figured one them was bound to named Paul or Adam.

15. The New England Revolution … Yes, I enjoyed the Red Sox, Bruins, Patriots and Celtics. (Especially the 2008 C’s with Garnett, Allen and Pierce … and Doc at the helm… they were unstoppable). But my actual start in the sports TV industry, before the Red Sox, was the Revolution. I was a production assistant and statistician for a number of years, covering every home game (and U.S. games) and loved every minute of it.

14. Walking through the city … Considering it was so small, I walked all over the place: from my apartment in Brighton to Newbury Street, from B.U. to the North End, and from Watertown to Arlington. By the time I left, I might’ve logged more miles than the Israelites’ journey to the Promised Land. I loved walking and Boston was the PERFECT place to amble through.

13. Friendly Toast (at MIT) … My friend and I would wait almost an hour for a table but the New Hampshire Finest — scrambled eggs with goat cheese and asparagus — was everything I ever wanted in life.

11. Summer … For one reason and one reason only: ALL THE STUDENTS WENT HOME AND TRAFFIC WAS REDUCED BY A MILLION! T’was a glorious time.

10. The Fall … Autumn in Boston and New England was stunning. I’ve experienced 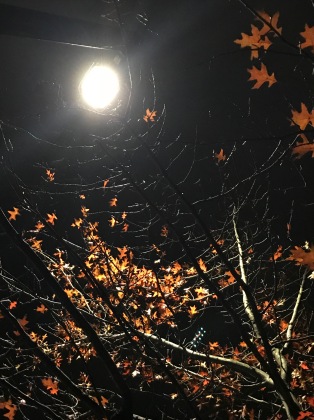 Fall Night in the B

Chicago in the Fall. New York, Paris, London and Tokyo too. And NONE OF THEM compare to the B. My third favorite color is orange. (Yes, I have fav. colors: sage green and mustard yellow being 1 and 2). And I’ve never seen so many shades of orange as I did when I live in the B.

9. Harvard Square … Of the dozens of squares in the B, Harvard or Hahvad was the best. It was quaint and picturesque with its cobblestone streets. I could never find parking. But the surroundings were too pretty to be upset.

8. TrackTheT.com … I. Love. This. Website. I used it all the time when I needed to get home and the number of times it was dead-on accurate, had me doing praises dances at the Harvard T stop.

7. All my coffee spots … Fuel in Brighton, La Burdick in Harvard Square, and Tatte everywhere. 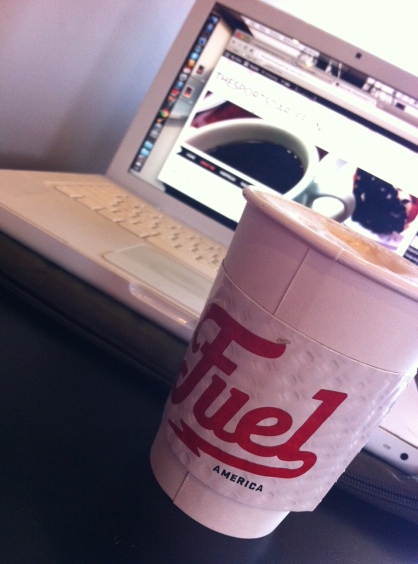 6. Louisburg Sq. in Beacon Hill! This block is quintessential Boston! I mean like old-bricked homes, cobblestone streets, wrought-iron fences and throwback street lamps that still light up by fire. Walking around this tiny area you know somebody’s about to shout “Hey y’all there go the Brits!”

5. Giacomo’s in the South End … Their lobstah-ravioli … magnifico!

3. All the Black History … From the Black Heritage Trail, which starts with the famed 54th Massachusetts Regiment Memorial over on the Commons, to the Abiel Smith School where black children in the 1800s were educated to the Bill Russell statue (yes I’m including the legend himself), it was all awe-inspiring … and a good reminder to stay woke!

2. The people … Yes, many people came across as rude and looked at me like who-did-what-when-and-where when I said “hi” to them on the street (which was hard for me to get use to as a friendly midwesterner). But I’ve learned since that they’re just upfront people. After you tell them what you want, and that you’ve got no outside agenda other than saying ‘hi’, they’re ready to be your BFF. 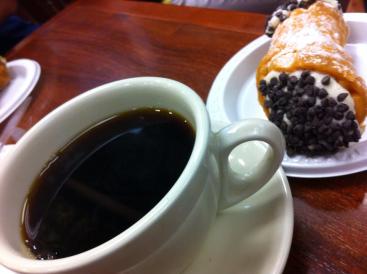 because I do miss them (especially my friends, family, roommates, colleagues, mentees and all the people who use to feed me). But man-o-man the cannoli were second to known: Mike’s, Modern Pastry, Antoine’s in Watertown and my favorite Bova’s. God bless them all.

***Honorable Mention: Dorchester… Otherwise known as The Dot… Loved the people, grub, scenery, all of it.***