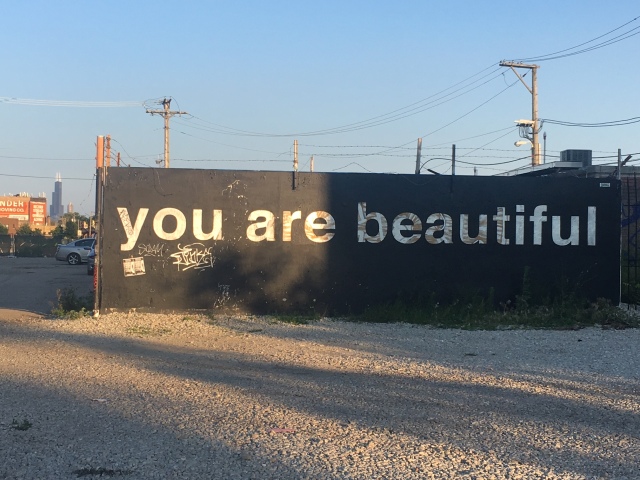 For the first time in 11 years, I’m celebrating my birthday at home. I’ve been globetrotting for some time but now I’m back. And in honor of this amazing city — that I’ve always called “my heart” because it’s more than just “my home” — I’ve compiled a list of the 9 most awesomest things about it:

9. Easiest city to navigate … All the streets run north/south and east/west. Most intersections are “T” grids. Some streets you can literally take from one side of the city and in an hour reach the other side. If you get lost in Chicago then I don’t know what to tell you.

8. #SummertimeChi … If you are bored in Chicago in the summer you must be from Green Bay. #SummertimeChi is not only a popular hashtag, or line in a song, it’s a way of life.

Every single summer weekend there’s something to do (and the weekends begin on Thursday). From the music festivals (Pitchfork, Lolla, Riot, AAHH) to the art festivals in Old Town and Hyde Park, everybody from Howard to Austin to the wild-100s are out and about enjoying them. Then there’s the annual Jazz, Gospel and Blues fest down in Grant Park. And if you want something to satisfy your stomach, there’s always a food festival going on. You’ve got:

7. Conscious Rap …  Chicago is known for conscious rap. We’ve never had a distinctive “sound” in hip hop but our lyrics have always pushed listeners to think intelligently about the world around them. Common’s The Corner, Kanye’s Crack Music, Lupe’s All Black Everything, Chance’s Blessings, the list goes on and on and on. And please note that when I say “Kanye” I’m talking pre-Yeezus Kanye … when he was just a humble kid from Oak Lawn making 5 beats a day for 3 summers. Nonetheless, I’m so proud of the hip hop we produce. (***I say “we” like I’m in the studio laying tracks, Ha!***)

Do I need to continue?!

5. Lane Tech … I sometimes don’t get it when people say they didn’t like high school?! Like, what?! How is that possible?!

Didn’t you have majors in H.S.?! Didn’t you have off-campus lunch?! Didn’t you have a plethora of places to eat from?! When you had early days, didn’t you go downtown or to Wicker Park and kick it with friends?! Didn’t your lacrosse team win city champs every year?! Didn’t your school have multi-million dollar artwork hanging on its walls?! Didn’t you have so many ethnicities in the student body that you created International Days to celebrate those ethnic groups and eat and dance for three days straight?! Well, Lane did. Lane was all of these things and so much more. Even Apple’s Tim Cook was impressed with awesomeness that is Lane Tech, unveiling the new budget iPads. (***I know this particular post is rather snobby. But Lane was just amazing.***)

4. White Sox … Chicago is the greatest city in the world with some of the greatest sports teams in the world (see No. 6 for more). But there’s no team that has shown  more love to the city and it’s residents than my beloved Chicago White Sox. They’re always involved in the community! I mean like always! And it’s more than just visiting patients in hospitals or building homes with Habitat for Humanity. They’re actively making Chicago a better place.

The White Sox are unparalleled.  They leave me speechless. And they inspire me to be just as outward-focused as they are.

3. The Food / Neighborhoods … So a lot of people say that Chicago’s gun violence stems from the city’s very obvious and on-going segregation issues. And I agree.

That is a HUGE factor to what’s going on on the streets. But if there’s anything good that’s come out of all this racial division, it’s this: the food. I love that I can get my jibaritos from Humboldt Park, an area rich in Puerto Rican history. I love that I can get some good grits from Pearls Place on 31st and King Drive on the South Side. I love that I can get my Italian subs from Conte Di Savoia or Fontano’s in Little Italy. And when I want a gyro, I march on over Mr. Greeks in Greektown. And you best believe when I want some naan, I’m up on Devon in Little India. You can get any food from any culture in this city and that is awesome.

2. Chicago Style Hotdog … The absolute best food to come out of Chicago is its hotdog. The all-beef frankfurter with onions and relish and peppers and mustard, with celery salt — all on a poppy-seed bun! My goodness I’m getting hungry and I just ate two on Tuesday. They’re so so good. It’s like heaven in your mouth. And for the record, the best ones come from Taylor Street: Patio, Al’s Beef and Carm’s on Polk.

1. The people … Recently Mary Schmich of the Chicago Tribune asked readers to finish this sentence: “I love Chicago because … (fill in the blank).” Before I could read the story, I thought to myself “how daunting of a task … where do I begin.” Clearly numbers 2-9 above show how much I love this city. But if I had to pick just ONE thing I absolutely love, it’s THE PEOPLE.

We’re a hodgepodge of everything: perseverant in the winter, friendly when it’s warm; tough as nails on our teams but hanging from streetlights when they win. Our heart is in our foods. Our soul is in our music. We greet everyone with a smile but move the lawn chair from our parking spot and it’s on. And, no matter what, we always walk tall. Not just because of our academics or statuesque buildings or gorgeous skyline. No. We walk tall because this is our home: North, South, Downtown & West … and we ain’t going nowhere.