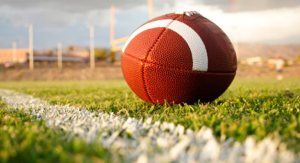 Is anyone else tired of all the Deflategate noise! It’s everywhere! It’s all over the newspapers. It’s on the radio, on TV, on street corners and on the T. And when the NFL punished Patriots QB Tom Brady on Monday, the news nearly broke Twitter! In January I was “ahhhhh-ing” because I was just tired of the wall-to-wall coverage of Deflategate. It was repetitive and annoying like the New England snow. But when the official punishments were announced on Monday my “ahhhhh-ing” grew from 5 “h’s” to 15 “h’s.” And this time I was upset at the actual punishment.

Four games?! FOUR GAMES?! The NFL INITIALLY suspends Ray Rice two games for hitting his wife, knocking her out cold. But Tom Brady gets four games for being “generally aware” of the team deflating footballs?!?!?

That makes no sense. I know the Patriots are repeat offenders. And I honestly think the NFL is just doing this to make an example out of Brady and the Patriots. But the punishment does not fit the crime. Domestic violence (whether caught on tape or not) is not the same as “probably” deflating a football. Where are our priorities?! And the fact that Brady’s potential first game back would be vs. the Colts is suspicious in and of itself. It has GREED written all over it. This is all about the dolla dolla bill y’all.

This is all just sad. Everything from the ball boy who most likely felt pressured to do what he did to the amount of media coverage this is getting. It’s simply sad. More people worldwide know about Deflategate than the fatal shooting of the police officers in Hattiesburg, Miss. And what about Jay Z and Beyonce visiting Freddie Gray’s family over the weekend?! No one knows about that.

Guys, we gotta do better! I love sports just as much as the next LuvaBULL and Cameron Crazie but some stories just deserve more attention than others.

Tea of Choice: English Breakfast Tea … to wake us up!