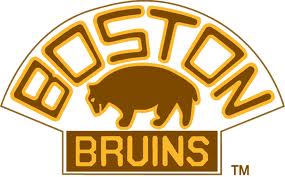 Let the Hockey Games begins! The postseason barely started and there’s been so much activity on and off the ice. First there was the Bruins major announcement of GM Peter Chiarelli’s departure. I asked a friend the other day “Who do you think’s gonna go first: Chiarelli or Julien?” And he said plainly “Chiarelli.” Me, I was stumped. It could’ve been either or. But my friend was right. And now that I think about it, it should’ve been Chiarelli (as it was).

Remember that Tyler Seguin trade?! I NEVER agreed with that move. Yes the kid was wild off the ice but on it he got the job down. During his rookie season he helped the Bruins get to the Stanley Cup. And the following year he had a plus-minus of +34! That’s ri-donk-culous. I would think as general manager you’d want to keep a kid like that in your organization and groom him. Kind of like what the Yankees did with Derek Jeter or like the Blackhawks are currently doing with Patrick Kane. Kane was wild! He probably still is. But they sat him down, talked to him and groomed him. And look at him now, 2-time Stanley Cup champ and King of Chicago.

But after the Seguin trade didn’t produce apt compensation and then letting go of fan and locker room favorite Johnny Boychuk years later, you knew Chiarelli’s job was on the clock. And today, time was up.

And then there was the Blackhawks…

As Herm Edwards once famously said “You play to win the game!” And that’s what my boys did. They played and played and played through 60 minutes of hockey and two OTs to win the game and I’m sooooooooo relieved! YOU’VE GOT TO WIN GAME ONE. No matter how hard it is. No matter how long it takes. You’ve got to scare your opponents EARLY and let them know this is going to be a fight! After getting knocked in the first round last year, the Nashville Predators are hungry. But we can feed them and put them bed as long as we continue to play to win the game.